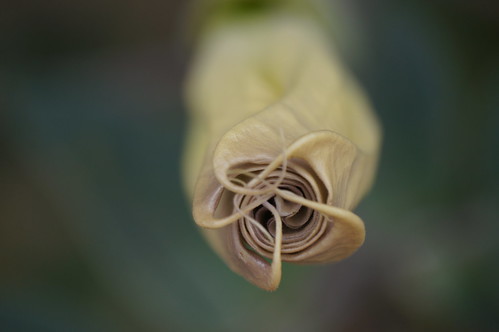 When the Lord has done all he promised and has made you leader of Israel, don’t let this be a blemish on your record. Then your conscience won’t have to bear the staggering burden of needless bloodshed and vengeance. And when the Lord has done these great things for you, please remember me, your servant! – 1 Samuel 25:30-31

Argh! There’s mutiny afoot! Abigail isn’t the most demure, submissive of wives, is she?

There are those who believe that wives must bow to their husbands will and decisions, no matter whether they follow the will of God. Abigail puts an end to that discussion quickly!

Nabal, whose name means “fool”, lived up to his name. And Abigail was a godly enough woman to honor him in his home, protect his men when he wouldn’t, and recognize David as God’s chosen man. She refused to let Nabal’s cowardly actions reflect poorly on her household.

Abigail recognized the need for speed in her actions. She directed servants with no doubt in her voice. She rode to David herself. She came bearing gifts. Upon meeting him, Abigail fell to the ground and bowed before a man who was not yet king.

Why? Because God had revealed to her His plans for David. And she trusted, without a hint of doubt, that God could and would protect David at the expense of all others.

If mutiny was what was called for to spare innocent lives from her husbands foolishness, Abigail would be mutinous. If speaking up to a man who could easily crush her was necessary to right a wrong, Abigail would not allow fear to silence her. She would not be too weak to take matters into her own hands.

Even David recognized the truth and wisdom his God was imparting to him through this unknown woman’s words. Abigail went on to prophesy that David’s enemies would all come to ruin and that the Lord would repay any debt of retribution owed to David.

Ten days later, the Lord proved true to His word and Nabal died. David recognized it as the Lord’s vengeance. I’m sure following that, he was much more certain of Abigail’s wisdom and submission to God.

We serve that same God. Are we just a quick to put our faith into action when He calls on us? Are we just as quick to discern His will and His servants?

Are we bold enough to act as Abigail, in true submission?

For I fully expect and hope that I will never be ashamed, but that I will continue to be bold for Christ, as I have been in the past. And I trust that my life will bring honor to Christ, whether I live or die. – Philippians 1:20

1. What is your view on submission?

2. How does Abigail shake up or confirm those ideas?

3. Write here a verse that reminds you to be bold for the Lord.

4. What is one thing you can do, today, to encourage someone to stand strong in Christ?