Photo by Lynn ~ Off and On

“Get up and go to the great city of Nineveh. Announce my judgment against it because I have seen how wicked its people are.” – Jonah 1:2

Yeah, yeah, Jonah. He disobeyed. He was swallowed. Lived in a fish for 3 days. He obeyed. He pouted.

I’m actually less interested in Jonah than I am in the people he encountered on this trip of his. They were, after all, the ones who were on God’s heart.

Oh, those Assyrians. They were bad. And I don’t mean just naughty. No, they made it their mission to be enemies of the Living God. They did horrible, unthinkable things to God’s people. For years… generations. They lived to rob hope as well as villages. They strove to conquer cultures and they laid all their thanks at the feet of pagan gods.

But God…. ah, God…. He alone sees into our hearts. He alone cares enough to look.

He knew that Jonah would jump ship… a ship headed to Tarshish, to be exact. And He sent a storm. Sure, sure, He had already prepared that fish to swallow Jonah, and the storm prompted those sailors to finally throw Jonah overboard, but don’t you think God could have found another way?

Here’s what the scriptures say about those sailors….

Fearing for their lives, the desperate sailors shouted to their gods for help and threw the cargo overboard to lighten the ship. – (vs.5)
Then the crew cast lots to see which of them had offended the gods and caused the terrible storm. When they did this, the lots identified Jonah as the culprit. “Why has this awful storm come down on us?” they demanded. “Who are you? What is your line of work? What country are you from? What is your nationality?” Jonah answered, “I am a Hebrew, and I worship the Lord, the God of heaven, who made the sea and the land.” (vs.7-9) 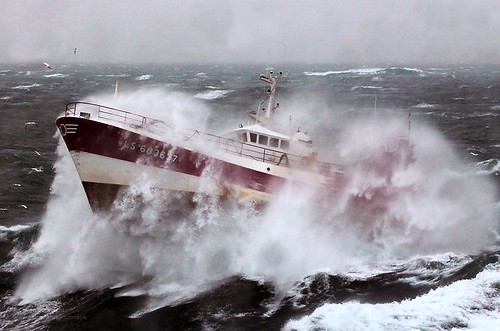 After they realized that they would not make it to land in the storm, they had no choice but to throw Jonah overboard. And then…

The sailors were awestruck by the Lord’s great power, and they offered him a sacrifice and vowed to serve him. (vs.16) 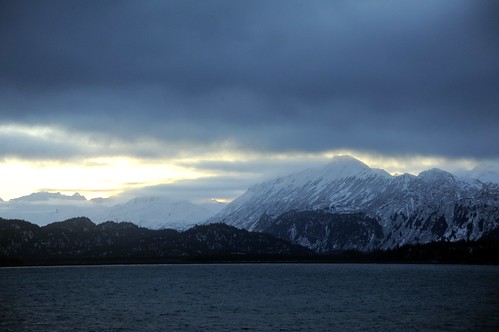 God knew the hearts of those sailors. He saw their need for a messenger. And His own heart was pierced enough to send Jonah on this little detour.

But what about after that detour? The book of Jonah is about the Assyrians, remember? God’s mortal enemies. They’re gonna get what’s coming to them. Jonah is rubbing his hands together in anticipation. 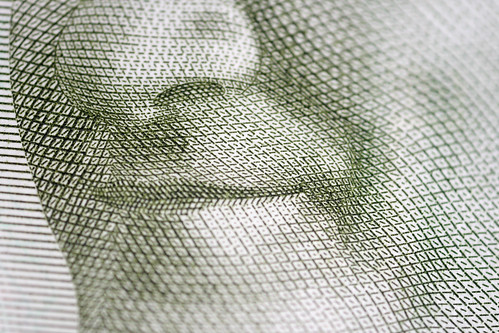 But there was a glitch. Turns out, it was a glitch in the heart of those nasty Assyrians.

The people of Nineveh believed God’s message, and from the greatest to the least, they declared a fast and put on burlap to show their sorrow. When the king of Nineveh heard what Jonah was saying, he stepped down from his throne and took off his royal robes. He dressed himself in burlap and sat on a heap of ashes. Then the king and his nobles sent this decree throughout the city: “No one, not even the animals from your herds and flocks, may eat or drink anything at all. People and animals alike must wear garments of mourning, and everyone must pray earnestly to God. They must turn from their evil ways and stop all their violence. Who can tell? Perhaps even yet God will change his mind and hold back his fierce anger from destroying us.” When God saw what they had done and how they had put a stop to their evil ways, he changed his mind and did not carry out the destruction he had threatened. – Jonah 3:5-10

I can imagine the joy and relief God felt. Even Jonah knew how much compassion God feels, how much He longs to save.

It’s that same longing that prompted Him to send His only Son to earth years later.

All because God saw our hearts. And was eager to claim them as His own. 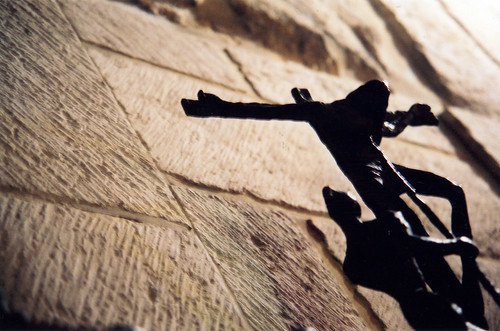 No, the story of Jonah really isn’t about Jonah at all. It’s about a mad, mad love that longs to be loved right back.

And because we are his children, God has sent the Spirit of his Son into our hearts, prompting us to call out, “Abba, Father.” – Galatians 4:6

It’s about a people who needed a messenger, and a God who always provides. An illogical love that chases after His enemies. A love that longs to relent instead of punish. A love that hopes to live inside us, instead of above us.

And He still loves, just that way. Just that much. And just that kind of people.

If he looks into your heart today, what will He find?

Then Christ will make his home in your hearts as you trust in him. Your roots will grow down into God’s love and keep you strong. – Ephesians 3:17

1. What is making you feel irrelevant today?

2. What makes you doubt that Christ is chasing you?

3. Write here a verse that helps you remember your worth.

4. What is one thing you can do, today, to reach out to someone who seems as irrelevant as you’ve been feeling?